This article was originally published on Toggle. View the original article.

Managing operations for a successful chain of pizza shops may not be the typical way to become an IT leader, but it’s certainly worked for Scott Stalnaker.

Stalnaker, the executive director of IT infrastructure for Donatos Pizza, began his career with the venerable Columbus, Ohio-based pizza chain in 1993 and rose to become a district manager overseeing training and operations at eight stores. 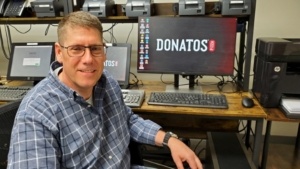 That experience gave him the insight and expertise needed when he was asked to develop and oversee the company’s website and help desk in 2007. Since then, he’s helped improve everything from the delivery routes, which are now automated, to how employees share tips and the company receives and fulfills orders.

“We are a small IT team, doing a little bit of everything,” Stalnaker says. “Also, because of my background, I do a lot with our development of new projects in our point-of-sale system and online ordering.”

The history of Donatos Pizza is similar to Stalnaker’s career. Owner Jim Grote was 13 when he began working at a local pizza shop. In 1963, he bought Donatos for $1,300. Nearly 60 years later, Grote and his daughter, Jane Grote Abell, who chairs the company board, operate 169 locations in states extending from Ohio and Pennsylvania to Indiana and the Southeast, including Florida, South Carolina, Alabama and Tennessee.

In addition to its restaurants, the company also sells its pizzas at sports and entertainment venues and through a partnership with Red Robin in more than 200 of its locations. 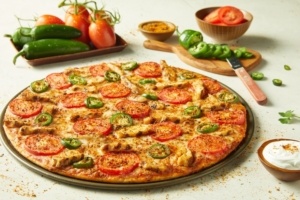 “Everything I’ve learned came from the stores,” Stalnaker says. “I’ve always looked to learn from others and take on new responsibilities while adding value to Donatos.”

And there’s been plenty to learn.

“The Works” pizza alone has 13 different recipes, covering everything from toppings to crust (including a cauliflower option). Allowing customers to custom build their pie through an online order makes for a lot of data points—ones that Stalnaker can use to improve the software and create a better user experience for customers.

Delivering in a pandemic

Though and his team had already automated how delivery routes were structured in autumn 2018—including when drivers were scheduled to start their shifts—they updated the website, as well, to allow contact-free delivery and contactless payment options.

With pick-up traffic backing up and delivery drivers busier than ever, Stalnaker and his team added a tablet that helped prioritize orders by allowing paid ones to be cashed out so customers could just pick up their order at the window. 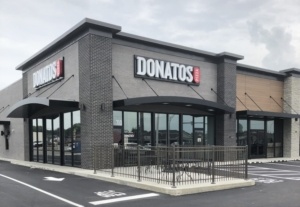 Stalnaker is now implementing a system allowing tips to be pooled and shared throughout the restaurants. The automation gives associates an additional hourly rate with their payroll through the tips that are collected.

Stalnaker and his team improved cybersecurity with a “zero trust” approach to accessing the company’s network. They augment this with spam filters and employee training on phishing.

“The preventative method is important. It’s not a personal thing; it’s a credential thing,” Stalnaker says. “Basically, you can never have enough security.”

From operations to operating systems

A longtime Columbus resident, Stalnaker managed a Pizza Hut restaurant from 1989 to 1992 before joining Donatos. His experiences in operations and managing restaurants (such as manually creating the most efficient delivery routes before automating the process) gave him the insight to apply technology that works—and develop the temperament needed to lead IT.

In fact, he says leading IT operations can be less high-pressure than, say, managing a kitchen on a Friday night with pizza orders arriving by the second. It’s not that a website problem doesn’t need immediate attention; it’s that the shifting priorities and demands of serving customers quickly have enabled him to assess and address issues and have less to prioritize, he says.

Stalnaker shifted to IT in 2007 when he became information systems manager and project manager, working in the Donatos home office in Columbus. He became director of IS operations and projects in July 2015 and director of IT infrastructure in July 2018. Stalnaker was promoted to his current position in March. 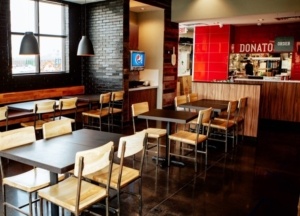 A father of two who coached his children in sports including baseball, softball and basketball, Stalnaker is also a car enthusiast and owner of a classic 1967 Firebird.

An avid cyclist, he’s served as the captain of the Donatos Pelotonia team that has raised nearly $700,000 for cancer research over the past 13 years through its annual fundraising bike ride.

Having made the transition from operations leader to IT leader, Stalnaker also speaks to management training classes about career development and success. His theme? Look, listen and learn.

“Progress is not always a linear path,” Stalnaker says. “I landed in the computer side, but I have been self-taught by volunteering and asking questions. I didn’t make everything right through those years. Take what you’ve done and learn and get better at your work.” 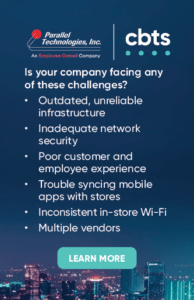