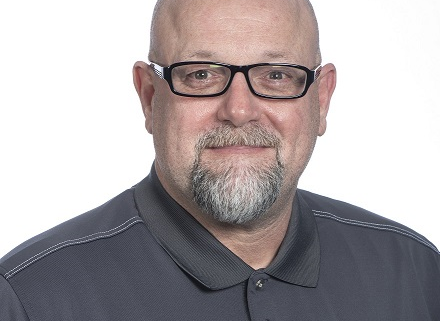 What motivates you to wake up and go to work?

I love my job and what I do, it’s all I’ve ever done. I wouldn’t do anything else, this is what I would do no matter what the options were. I’ve always had a very strong work ethic, I have one way to work and I don’t like down time.

What Parallel customer do you think everyone should visit?

Silgan Containers. It’s a can manufacturing plant and it’s very interesting. Walking around the plant you get to see cans made from a roll of steel. My second would be the Columbus Zoo, because of the animals. During installs we’ve gotten to see some behind the scenes activity, which was unique.

What has been your favorite project at Parallel?

Silgan Containers. I was hired specifically for that project and it’s been going on forever. I’ve been to all plants multiple times and I’ve really gotten to know the guys in IT and management and have a good relationship with them.

What was your first job?

What’s something most people don’t know about you?

I am the baby of 12 brothers and sisters – 8 sisters and 4 brothers.

If you could choose anyone, who would you choose to be your mentor?

I had a mentor, a gentleman named Glen Barrick who was one of the first guys I ever worked for. He became one of my best friends. He was a pastor, he married me and my wife also renewed our vows. He guided me through a lot of things in my life, he was always available to have a conversation, knew the right things to say, and never judged me for what I did. Unfortunately he passed away earlier this year.

Ten years ago, where did you think you would be right now?

I always had a plan to retire at 55 – so ten years ago I thought I’d be retired, golfing and traveling right now. But I’m afraid of being bored, so I haven’t retired.

What is your favorite past time?

I play and run an over-40 senior softball team that travels, Spirits West\SMC. We won the 40-and-over Major World slo-pitch tournament in late September in AZ.

What is the one thing you cannot resist?

That is a long list! Bourbon. Chocolate. Food in general.

What was your first concert?

Customer Highlight: I Am Boundless
Scroll to top